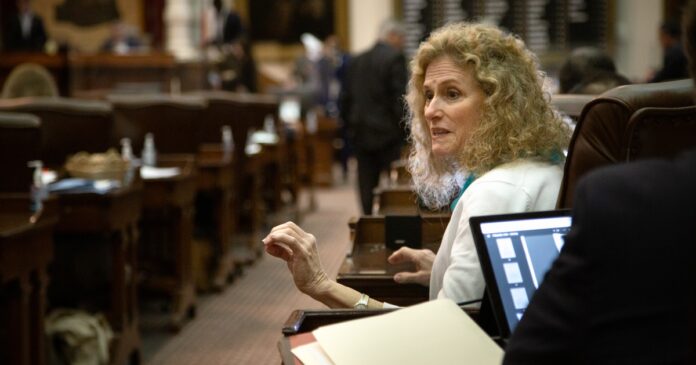 State Rep. Donna Howard, D-Austin, has tested positive for the coronavirus, marking the sixth case among nearly 60 House Democrats who traveled to Washington, D.C., last week to prevent the passage of a GOP election bill at the Texas Legislature.

“Despite following CDC [Centers for Disease Control and Prevention] guidelines and being fully vaccinated, I tested positive for COVID-19 on Monday,” Howard said in a statement Tuesday, noting that she was “basically asymptomatic except for some minor congestion.”

Over the weekend, the Texas House Democratic Caucus said that five of its members had tested positive for the virus. The members who tested positive, including state Reps. Celia Israel, D-Austin, and Trey Martinez Fischer, D-San Antonio, have been fully vaccinated.

The caucus, which has said it plans to not identify lawmakers who test positive, has started additional precautionary measures, such as providing daily rapid tests.

Texas COVID-19 wave is climbing more steeply than past waves

Sales tax collections up 12% in May

Commentary: Improving infrastructure is a good idea – and a national priority