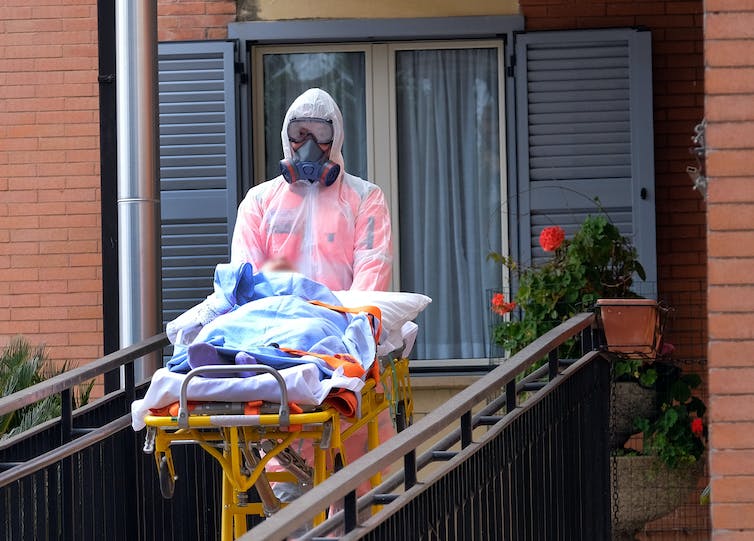 A nursing home resident in Rome is moved to a hospital.

Italy is one of the nations worst hit by the global coronavirus pandemic. As a scholar in the field of security and emergency management who has studied and worked in Italy, I have determined that there are at least five major reasons why the country is suffering so much.

Italians have the sixth-longest life expectancy in the world – 84 years old. That means lots of Italians are elderly: In 2018, 22.6% of its population was 65 or over, among the highest proportions in Europe.

Medical researchers have said the coronavirus poses a more serious threat to older people than to younger ones. Older people are more likely to contract the COVID-19 disease and, mostly, to have a more severe case of it. That can also increase the demand for hospitals’ intensive-care units.

Many older Italians may have been also exposed to the virus in the workplace; in 2019 the average Italian retirement age was expected to be 67, at least two years later than average retirees in other Western developed nations.

Italians aren’t used to social distancing. They are very physically affectionate people: Hugs and cheek-kisses are common not just among family members but also friends and even work colleagues.

Even when they’re just chatting, Italians are closer together than many other people, because their culture’s psychological perception of personal space is smaller than in other countries. Large social gatherings, formerly common in public areas, were banned by Italian Prime Minister Giuseppe Conte at the beginning of March 2020. 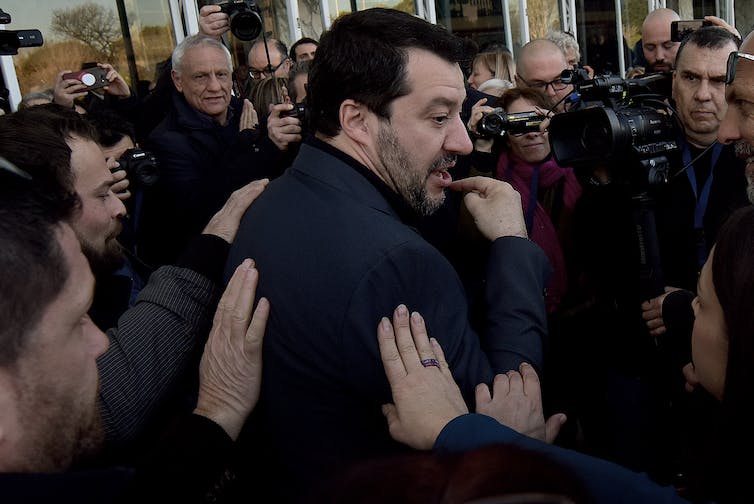 As recently as mid-February, political backers of Lega party leader Matteo Salvini were gathered around, touching him to show their support.

Two-thirds of Italians live in urban areas that are even more dense. Rome has 5,800 people per square mile, and Milan packs more than 19,000 people into every square mile. That’s almost twice the density of Berlin and Washington, D.C. 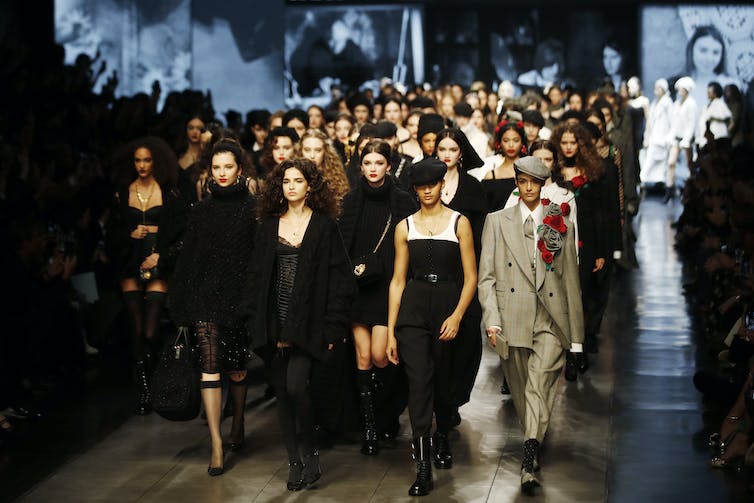 Milan’s Fashion Week drew models, designers and other fashion professionals from around the world, even in late February 2020.

4. Northern Italy is a business hub

Milan, in northern Italy, is the country’s financial capital, and has close trade and educational connections with China. The whole region of northern Italy is home to offices for many multinational corporations. Workers travel from all over the world to attend meetings and conventions in northern Italy. An infected person not only could infect others, but those people could rapidly spread out across the entire country.

As of March 25, China is the only country registering more COVID-19 cases than Italy. With far fewer people, Italy’s infection rate is much higher than China’s. No other country has a truly comparable set of circumstances.

A key factor in emergency management is learning lessons from others in similar circumstances – but there is no one for Italy to learn from at this stage of the crisis. Chinese experts have traveled to Italy to help – but many of the lessons they are bringing only became clear after Italy’s outbreak began, so the Italians are behind where other countries, with more recent outbreaks, may be.

The Italian government has progressively worked to contain the disease, including declaring a total national lockdown on March 10. More than two weeks later, the country may finally be seeing a decline in the number of new cases.

Italy has struggled – and is continuing to fight – against an unprecedented crisis that found dangerously fertile ground in elements of the country’s demographics, business, geography and culture.

[You need to understand the coronavirus pandemic, and we can help. Read our newsletter.]