Commentary: We are entering a recession – but what did we learn from the last one? 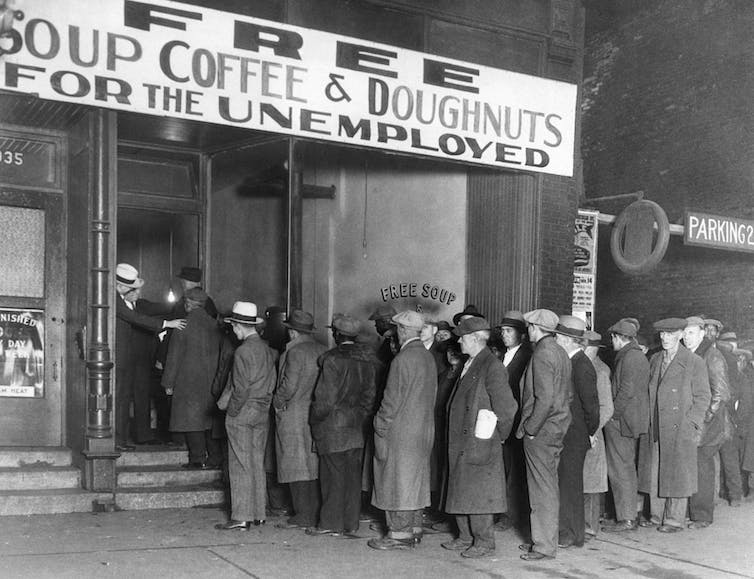 Families recovered from the Great Depression much more quickly than the Great Recession.

As the coronavirus continues to spread around the world, it is abundantly clear that the global economy is entering a recession – the first we’ve seen since 2008.

Some officials have compared the last period of economic decline – also know as the Great Recession – to the Depression, which began in 1929.

Yet it is clear that these two downturns differed not only in severity but also in the consequences they had for inequality in the United States.

Some scholars have attributed this phenomenon to a weakened labor movement, fewer worker protections and a radicalized political right wing.

In our view, this account misses the dominance of Wall Street and the financial sector and overlooks its fundamental role in generating economic disparities.

We are experts in income inequality, and our new book, “Divested: Inequality in the Age of Finance,” argues that inequality from the Recession has a lot to do with how the government designed its response. 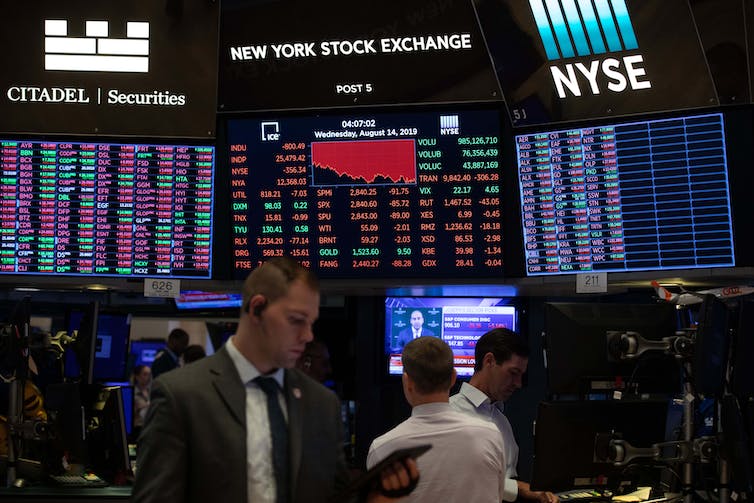 The Great Recession exacerbated a persistent wealth gap in the U.S.

Reforms during the Great Depression restructured the financial system by restricting banks from risky investment, Wall Street from gambling with household savings and lenders from charging high or unpredictable interests.

The New Deal, a series of government programs created after the Great Depression, took a bottom-up approach and brought governmental resources directly to unemployed workers.

On the other hand, the regulatory policies since the financial crisis that began in 2008 were largely designed to restore a financial order that, for decades, has been channeling resources from the rest of the economy to the top.

In other words, the recent recovery was largely focused on finance. Governmental stimuli, particularly a mass injection of credit, first went to banks and large corporations, in the hope that the credit eventually would trickle down to families in need.

The conventional wisdom was that banks knew how to put the credit into best use. And so, to stimulate economic growth, the Federal Reserve increased the supply of money to banks by purchasing treasury and mortgage-backed securities.

But the stimulus didn’t work the way the government intended. The banks prioritized their own interests over those of the public. Instead of lending the money out to homebuyers and small businesses at historically low interest rates, they deposited the funds and waited for interest rates to rise.

Similarly, corporations did not use the easy credit to increase wages or create jobs. Rather, they borrowed to buy their own stock and channeled earnings to top executives and shareholders.

As a result, the “banks and corporations first” principle created a highly unequal recovery.

The financial crisis wiped out almost three-quarters of financial sector profits, but the sector had fully recovered by mid-2009, as we covered in our book.

Its profits continued to grow in the following years. By 2017, the sector made 80% more than before the financial crisis. Profit growth was much slower in the nonfinancial sector.

Companies outside of the financial sector were more profitable because they had fewer employees and lower wage costs. Payroll expenses dropped 4% during the recession and remained low during the recovery.

The stock market fully recovered from the crisis in 2013, a year when the unemployment rate was as high as 8% and the single-family mortgage delinquency still hovered above 10%.

Median household wealth, in the meantime, had yet to recoup from the nosedive during the Great Recession.

The racial wealth gap only widened, as well. While the median household wealth of all households dropped around 25% after the burst of real estate bubble, white households recovered at a much faster pace.

By 2016, black households had about 30% less wealth than before the crash, compared to 14% for white families.

As the government debates a stimulus package, officials can either decide to continue the “trickle-down” approach to first protect banks, corporations and their investors with monetary stimuli.

Or, they can learn from the New Deal and bring governmental support directly to the most fragile communities and families.

[Get facts about coronavirus and the latest research. Sign up for our newsletter.]