(Family Features) At home, you have ultimate control over your entertainment environment. Now, with today’s technology, you can create the same viewing experience wherever you are, even if that means you are miles away from your favorite spot on the couch.

With a video on-demand service like Tubi, which offers access to more than 15,000 movies and TV shows – more than double the content library of other popular streaming providers – you can watch your favorite shows both new and old on more than 25 different streaming devices, including Android and iOS mobile devices, video game consoles and more.

Consider these ways streaming services make it easier to stay up to date on the latest in entertainment: 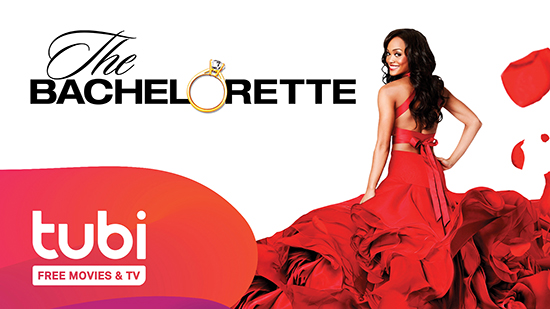 One of the biggest benefits of streaming media is the ability to watch shows and movies on your schedule. There’s no need to program your DVR to record your favorite show, and most services make the whole season available all at once so you can binge watch to your heart’s desire.

“Now that our season of ‘The Bachelorette’ is available on Tubi, we’re excited watch it again from the beginning,” Lindsay said. “It’s nice that fans of the franchise have the opportunity to relive some of our happiest memories as well as those of other couples that have found love on the shows.”

Because media is available on-demand – provided you are connected to the internet – there’s no need for an extra storage device or an attachment to plug in to view your favorite movies or television shows.

The cost of streaming services typically pales in comparison to the monthly price of cable or satellite television. A service like Tubi, for example, is advertising-supported, meaning the 20 million people who use it each month can access their favorite shows and movies for free without the hassle of credit cards and subscription fees.

Your device needs can vary depending on what type of entertainment attracts you. For example, streaming video requires more sophisticated features than basic games or downloaded music. However, many devices, including smartphones, tablets, laptops and game consoles, can provide the display capabilities to deliver the experience you desire.

To learn more and start streaming for free, visit Tubi.TV.