Three reasons the US is not ready for the next pandemic 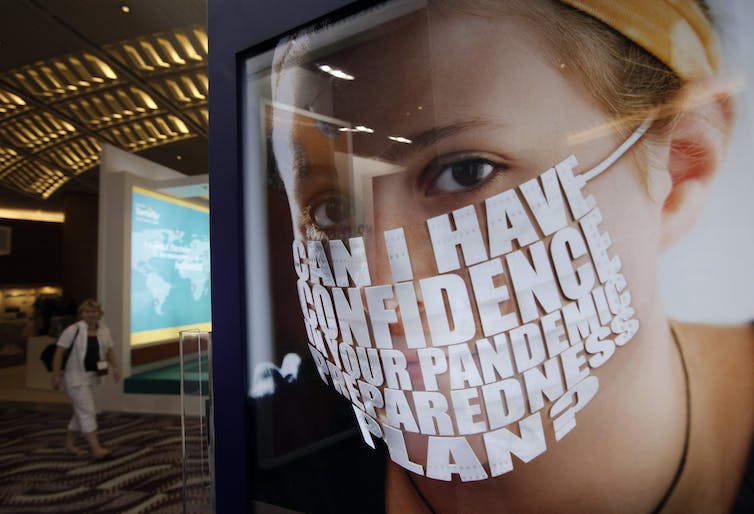 A poster from a world summit in Hong Kong on preparing for worldwide pandemics in June 2010. Despite efforts to develop plans, none is yet in place.

One hundred years after the Great Influenza pandemic of 1918, global health leadership stands at a crossroads. The United States continues to expand its policy of isolationism at a time when international cooperation in health could not be more important. The state of pandemic preparedness and the necessary steps for protecting the people throughout the world was the topic of The Scowcroft Institute for International Affairs’ 2nd Annual White Paper.

As pandemic policy scholars, with two of us spending the majority of our career in the federal government, we believe that it is essential to prepare the country and the world for the next pandemic. It is not a matter of if, but when, the next disease will sweep the world with deadly and costly consequences.

There are many topic areas that national leaders must address to create better preparedness and response capabilities, but we believe three are most urgent. These include targeting the resistance to antimicrobial agents that has come about because of overuse and misuse of antibiotics; ensuring continuity of supply chains; and improving and strengthening leadership.

Overuse of a wonder drug

Prior to Alexander Fleming’s discovery of penicillin, even the smallest scratch could be deadly. Its discovery, however, helped contribute to the perception that man had conquered disease, despite Fleming’s warning that “the thoughtless person playing with penicillin treatment is morally responsible for the death of a man who succumbs to infection with the penicillin resistant organism.” Now, 70 years later, society is quickly reaching the precipice of that reality. 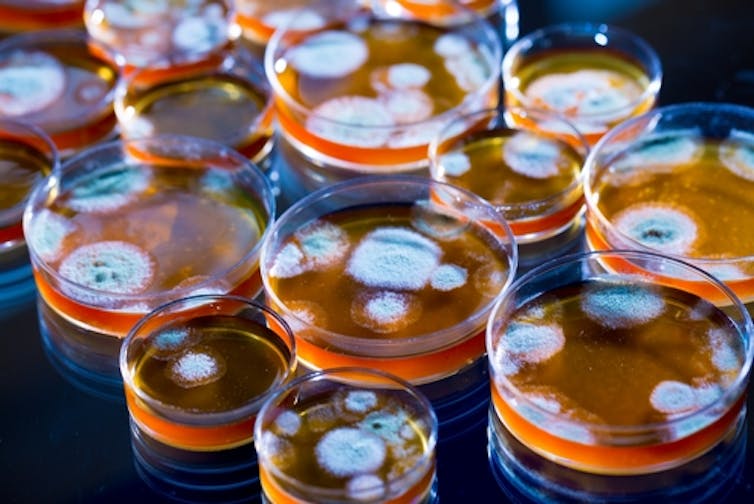 The problem of antibiotic overuse and misuses is extensive. In fact, in the United States, 80 percent of all antibiotic use occurs in the agricultural sector and the majority of this use is nontherapeutic, meaning it is not medically necessary. Misuse of antibiotics also occurs frequently in the human health sector, however. The Review on Antimicrobial Resistance estimated that if changes are not made, the world could witness 10 million deaths annually due to antimicrobial resistant infections.

To help prevent this public health threat from reaching that level of crisis with potential catastrophic implications, we recommend four actions.

First, an increase of investment needs to be made by the federal government and the private sector into research, development and production of new antimicrobials. In 2014, WHO also called for greater investment in discovering new antimicrobials, but in the last 50 years, only one new class of antibiotics has been discovered.

Second, governments throughout the world need to create stronger internationally harmonized regulatory systems for agriculture production and veterinary use of antimicrobials. For example, in the United States, antibiotics cannot be purchased without a prescription from either a medical doctor or a veterinarian (for the agricultural sector). But many countries in the developing world have no oversight for animal or human use of antibiotics. In some places, particularly African countries, many antibiotics can be purchased over the counter.

You may already have experienced the third recommendation, if your doctor has sent you home from an appointment without an antibiotic prescription because your illness was viral. Health care providers and consumers need to decrease misuse and overuse of antimicrobials in human health by only prescribing antibiotics in cases of bacterial infection. The Centers for Disease Control and Prevention has issued guidelines for this, including recommendations for patients.

Last, governments throughout the world need to understand that fighting antimicrobial resistance requires a collaboration between animal health, human health and environmental health. This idea, known as One Health, works to bring together researchers and professionals from these three areas to address disease-related challenges. While these actions require monetary and time investments, they are essential. Without taking these actions society may find itself in a post-antibiotic world. This world, as former Director-General of the World Health Organization Margaret Chan explained in 2012, means “the end of modern medicine as we know it. Things as common as strep throat or a child’s scratched knee would once again kill.” 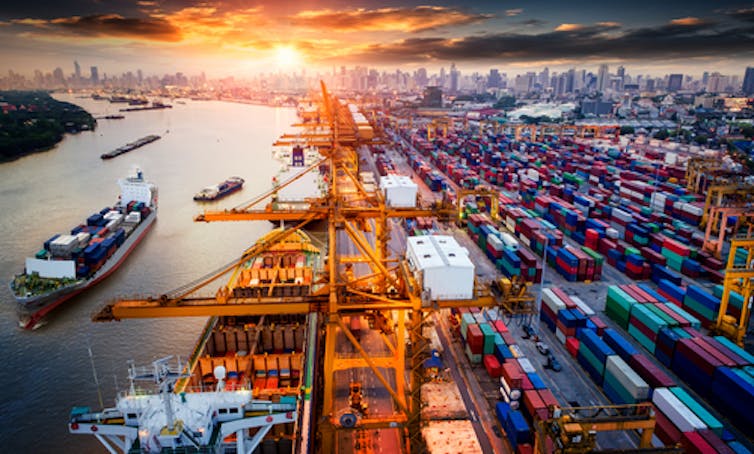 Global supply chains involve complicated logistics of getting goods to and from trucks, ships and jets all around the world. If one piece is interrupted, disaster can sometimes strike.

Modern society is able to function and flourish in large part because of the global supply chains transporting parts, equipment and supplies with speed, efficiency and just-in-time delivery, which allows business to keep carrying costs low because they can order what they need and have it shipped quickly, or “just in time.” Global supply chains, which consist of production specialization through comparative advantage, has enabled great economic development, but their just-in-time structure also leaves them exceedingly vulnerable. Components of the critical medical infrastructure, such as components essential to running life support machines or insulin for diabetics, are always in transit.

This means that even a localized disease could deprive people of needed medical supplies. For example, if an epidemic hits a town in Asia where N95 masks, which are used to protect people from hazardous substances, are manufactured, there may no longer be any N95 masks to be shipped to the United States or elsewhere. The United States experienced supply chain breakdown when Hurricane Maria caused a disruption in the supply of small bag IV saline. A manufacturer in Puerto Rico that produces nearly half of all the saline utilized in the U.S. had to halt production because of the hurricane.

This interconnectedness of the global economy and the expansiveness of medical supply chains means that a disruption anywhere along the line could spell disaster worldwide. To help prevent such a disaster, the federal government needs to understand the United States’ critical supply chains. The federal government and private sector should be aware of likely points of breakdown.

Diseases do not respect borders, and for this reason, pandemics are a global threat. Therefore, the U.S. must address the threat of pandemics in cooperation with all other nations and with multilateral institutions such as the World Health Organization, the U.N. Security Council, UNICEF and more. We believe that investment in global health security, such as the establishment of a permanent fund for influenza preparedness and response, and remaining engaged with the international community to prevent an outbreak from becoming a pandemic is the best way to protect the American people.

Additionally, we believe that the U.S. should commit to pandemic preparedness by creating a position of authority within the White House that transcends administrations and elevates pandemics as existential threats to a national security priority. There is a need to have decision-making authority and oversight vested at the highest levels of government.

In the midst of a pandemic, decisions must be made quickly. Quick decision-making can often be hindered by the absence of high-level leadership. The need for high-level leadership, coordination and a new strategy are essential to mitigate the threat of pandemics, but these fundamental pandemic preparedness gaps persist.

The next great pandemic is coming. The true question is: Will we be ready when it does? Right now, that answer is no, because the country lacks the sufficient safeguards we have outlined. But if the United States chooses to elevate the issue of pandemic preparedness and biosecurity as a national security priority, we could be. Outbreaks are inevitable, but pandemics are not if we take action now.