UT Southwestern Professor: Time for a Manhattan Project on Alzheimer’s 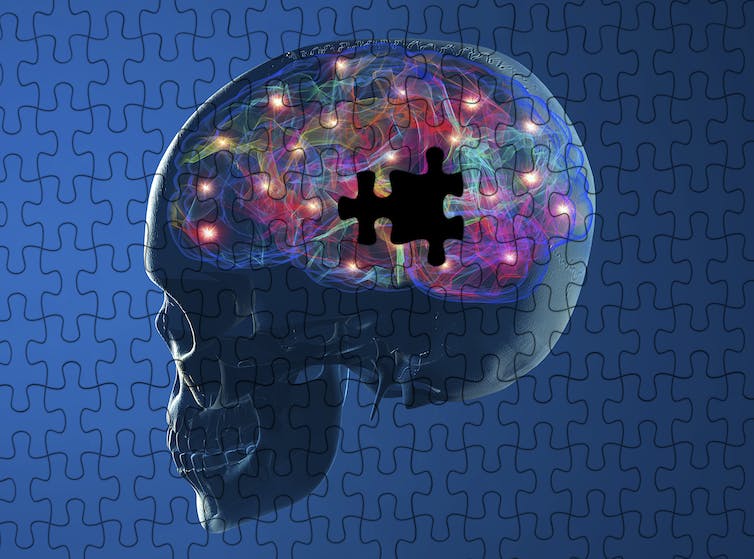 Figuring out the pieces to the Alzheimer’s puzzle.

Imagine if Alzheimer’s was treated like other common diseases. Instead of worrying about the prospect of slowly losing your memory, you might get a series of shots during middle age to prevent the onset of this neurological nightmare, just as we do to reduce the risk of flu. Or you could take a daily pill as many do to control their cholesterol or blood pressure.

That may sound improbable, given the long string of Alzheimer’s drugs that have failed to work in clinical trials, but I remain optimistic. As a physician-scientist leading research into the causes of neurodegenerative diseases, I believe that we are making significant progress on uncovering the roots of Alzheimer’s.

In Alzheimer’s, toxic clumps of protein kill brain cells which shrinks the size of the brain as the disease progresses.

Alzheimer’s is a neurodegenerative disease that has stymied researchers for years. The disease develops when two proteins – A-beta and tau – accumulate in the brain. A-beta builds up outside of nerve cells, and tau inside them. Decades of study suggests that A-beta somehow leads to the accumulation of tau, which is what causes nerve cells to die. This may explain why early treatments focusing exclusively on A-beta failed. These ideas have led to new diagnostic criteria that take into account these two proteins to make the definitive diagnosis.

Clumps of tau protein cause neurofibillatory tangles inside neurons. The A-beta protein forms clumps in between them. Together they destroy brain tissue.

As a scientist, I have always been fascinated by the molecular basis of disease, and as a physician I am committed to helping patients. In my lab at the University of Texas Southwestern Medical Center in Dallas, our group is focused on identifying structural changes in the tau protein that enable it to aggregate and cause disease. Our work suggests that neurodegeneration begins with a shape shift in the tau protein, which then forms toxic assemblies, or clumps, in the brain. These assemblies are mobile, and appear to transmit pathology between different groups of neurons causing disease progression. As tau appears to play the central role in destroying brain cells, and because lost neurons cannot be replaced, our researchers are working to develop tools to pick up the earliest signs of toxic tau. This may occur many years before cognitive symptoms become apparent.

If physicians can detect the disease-causing forms of tau, they will be able to diagnose the underlying disease before permanent loss of brain cells occurs, perhaps even before individuals know they have a problem. This requires that we develop better, more sensitive biomarkers that may facilitate this process, much like we now use hemoglobin A1C to diagnose incipient diabetes.

To do this we’ve pulled together an unconventional team with expertise in structural biology, biochemistry, cell biology, neurology and neuropathology to work side by side in our Center for Alzheimer’s and Neurodegenerative Diseases (CAND). Studies from my lab have already contributed to the development of an anti-tau antibody that is in clinical trials. This antibody binds tau, and may facilitate its clearance from the brain. Full disclosure: I receive royalties through my former employer, Washington University in St. Louis, for my role in discovering this drug.

The approach at the CAND is much like the diverse group of engineers and physicists who were brought together during World War II for the Manhattan Project – the secret effort to create the first atomic bomb. Our multidisciplinary team marries discovery and engineering with the goal of developing diagnostic tools and personalized therapies that can stem the progression of Alzheimer’s and other neurodegenerative disorders. 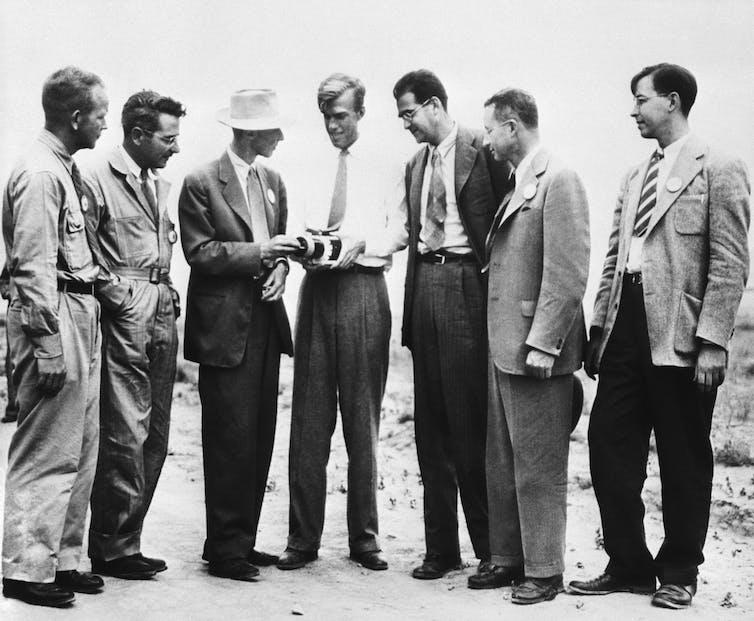 The role of philanthropy

Major philanthropists have realized the value of integrated research efforts to solve specific problems in science. They are pouring tens of millions of dollars into Alzheimer’s research. Our team at UT Southwestern was recently the recipient of a US$1 million award from the Chan Zuckerberg Initiative, set up by Facebook founder Mark Zuckerberg and his wife, Priscilla Chan. In all, the Chan Zuckerberg Initiative awarded more than $50 million to 17 investigators and nine scientific teams to launch a Neurodegenerative Challenge Network. This brings together scientists from diverse fields – biochemistry, genetics, neuropathology and computational science – who are taking a broad view of the disease by exploring multiple underlying causes of neurodegenerative diseases, even while researchers at CAND focus primarily on tau.

The challenge is growing more urgent. Alzheimer’s is a defining medical problem of our generation. More than 5 million Americans are now afflicted, and that number is expected to reach nearly 14 million by 2050 – threatening to overwhelm an already stressed health care system.

With support from the Chan Zuckerberg Initiative, we have integrated research across multiple different labs to try to develop a logical system to classify the various subtypes of neurodegnerative diseases linked to tau. This system is rooted in linking the three-dimensional structure of a single tau protein to its cellular effects, and correlating specific structures with particular patterns of pathology. One day we hope to extract tiny amounts of critical proteins from blood, or spinal fluid that bathes the brain, to predict the onset of specific diseases, and then intervene with a personalized treatment before damage is done.

We seek a “personalized” approach to diagnosis based on protein structure. This is analogous to how genetic information is now used to classify cancer. We hope to use this framework to identify patients at risk, so that we can monitor their responses to treatment, and ultimately, to decide who will benefit most from specific interventions. This ambitious plan will require sophisticated new tools to study protein structure, to analyze brain tissues, and to facilitate translation of these ideas to the clinic, all in close collaboration across very disparate scientific disciplines.

We must continue to fund basic research

While we think targeting tau aggregation and its spread through the brain is the best way to treat disease, it is unlikely to be the only effective one. New therapies are now making their way through clinical trials. These include drugs that turn off the tau gene and block the protein’s production. Multiple trials are using the body’s immune system to attack A-beta and tau proteins, and new biological information about how tau and A-beta cause pathology within cells may lead to complementary strategies.

Vigorous efforts such as the Chan Zuckerberg Initiative are providing a critical boost at a time when some pharmaceutical companies have scaled back research into brain disorders. This means that support from the federal government remains indispensable. The National Institutes of Health has tripled its annual budget for research into Alzheimer’s and related dementias since 2014, reaching $1.9 billion in the last fiscal year.

I can’t predict when we will have a treatment for Alzheimer’s. But I am confident that when it happens it will be based on discoveries made in academic research laboratories, just as scientists in previous generations produced vaccines for polio and effective drugs for HIV and hepatitis C.

A vaccine for Alzheimer’s? Gene editing seemed like science fiction 25 years ago, but now it’s being used to save lives. By shifting the paradigm on Alzheimer’s research, treatments for neurodegenerative diseases can also become reality.