The pall that the tax law is casting over charities 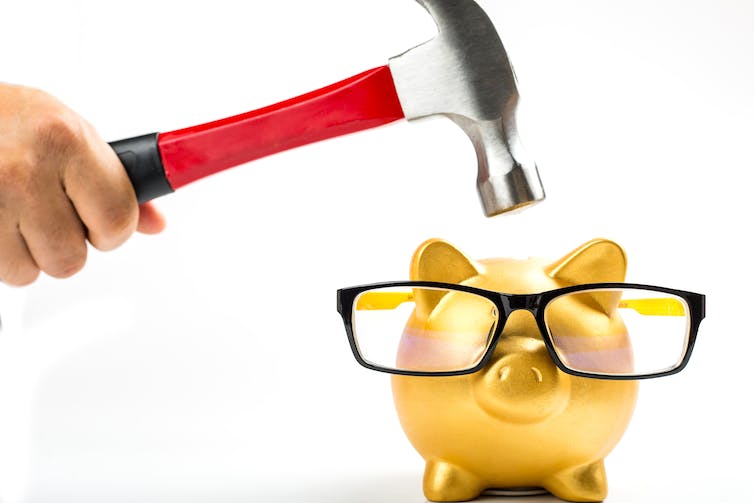 Changes to the tax code may strike a blow to the charitable world.

The tax-code overhaul that Republican lawmakers approved and Trump signed into law will raise the price of charitable giving for millions of Americans, surely reducing how much money the nation gives.

As an economist and a scholar of philanthropy who researches how public policies shape charitable giving, I anticipate that the tax tweaks will lead Americans and U.S. companies to donate roughly US$21 billion less per year to charity.

My colleagues and I expect giving to be reduced chiefly through two of the tax plan’s key features – significantly boosting the standard deduction and cutting the top marginal tax rate.

Research I co-led based on an earlier tax proposal showed that these changes would reduce household charitable giving by $13.1 billion per year. That would mark a 4.6 percent decline from the $282 billion American households gave in 2016.

We also determined that the share of households that itemize their tax returns would fall to approximately 5 percent from the current 30 percent.

While we based our estimates on a reduction in the top rate from 39.6 percent to 35 percent, the new tax law would reduce the top marginal tax rate to 37 percent – and there are other differences both in terms of marginal tax rates and where they kick in for different income levels.

This difference in the top marginal tax rate would reduce the impact on philanthropy somewhat from what we originally estimated.

Conversely, the new law increases the standard deduction by 90.5 percent for married couples compared to the 75 percent boost we were expecting when we estimated these repercussions. This change would magnify the toll taken on philanthropy compared to our base model.

That means the share of filers who get a tax break – a built-in incentive – for their charitable gifts will be falling even further than my team had estimated. This result is further exacerbated by the loss in personal exemptions of more than $4,000 per person through 2025.

This means that even with the near doubling of the standard deduction under the new tax laws, a married couple with one child would basically break even. Married couples with two kids would be paying federal income tax on more of their income in the future than they have until now.

For example, a family of four prior to the tax changes would have had a standard deduction of $12,700 and four exemptions worth $16,200 combined, so their first $28,900 would be tax-free. Under the new tax law, they would just get the $24,000 standard deduction, making an additional $4,900 subject to income taxes.

These lost personal exemptions will reduce the after-tax income that millions of Americans will have on hand to give to charities. And the GOP tax package does not create any incentives to give for the vast majority of households, some 95 percent of which will not be itemizing their returns.

In short, I expect the loss to charitable giving from the tax-code changes to top the $13.1 billion decline we previously estimated just for households.

The tax package also trims incentives the wealthy have to give due to changes in the tax levied on estates after the rich die.

The estate tax encourages giving with a dollar-for-dollar deduction from estate and gift tax liabilities matching any amount of money bequeathed to charities after death.

For example, under the new law, beginning in 2018 the first approximately $11 million in wealth one person leaves to their heirs will be entirely tax-free. That level doubles for couples and the government will automatically adjust these exemptions for inflation.

In practice that means if a couple passes on an estate valued at $25 million and they leave $3 million or more to charitable causes in their will from their estate, their heirs would pay no tax at all on this inheritance.

The number of families this tax actually applies to is tiny. Only 1 in 500 estates belonging to the people who die in any given year owed anything, after Congress sharply increased the threshold under which estates are exempt from the tax, before the doubling of the exemption levels brought about by the new tax package. Through the end of 2017, estates worth up to $5.5 million are exempt for taxpayers filing as individuals, as are estates twice that size for couples.

And rich families rely on loopholes to get out of it or reduce the tax’s impact.

Estimates regarding the effects of repeal range widely. However, there is complete consensus among estate tax experts that doing away with this levy would reduce charitable bequests and donations wealthy Americans make during their lifetimes.

Levying this tax on an even smaller share of the very wealthiest households will surely reduce the money left to charities from current levels. But it is hard to extrapolate the approximate impact of this change because no researchers have modeled estimates with these levels of exemptions and tax rates.

Most likely it will be in the billions of dollars, though, potentially amounting to a reduction in charitable bequests totaling $7 billion or more, based on prior findings.

Companies and corporate foundations donated $18.6 billion in both cash and in-kind goods and services to U.S. charities in 2016, according to the Giving USA report, which the Indiana University Lilly Family School of Philanthropy researches and writes in partnership with the Giving USA Foundation.

My colleagues and I have not yet thoroughly studied how the pending reductions in corporate marginal tax rates might affect how much money businesses give to charity. But our models do show that the proposed reductions in the top corporate tax rate from 35 percent to 21 percent would reduce the incentives for corporations to give.

Businesses give for many reasons. Nevertheless, it is reasonable to expect that dramatically cutting the top corporate tax rate will reduce corporate donations by an estimated $1.3 billion – a 7 percent decline from the amount businesses gave in 2016.

For now, people like me are watching to see whether many current givers find they have less disposable income to devote to charity or less inclination, due to the loss of a longstanding tax break.

We are also wondering whether charities will be stretched thin should looming budget cuts related to social services leave them scrambling to do more with less money.

So what could lawmakers do if they wanted to avert this outcome?

The most straightforward way to prevent the tax code overhaul from reducing charitable giving would be to let all taxpayers deduct donations from their taxable income.

My team and I have modeled the effects of this approach, which many nonprofit leaders are urging Congress to adopt.

New bills that would do that are pending in both the House and the Senate. Both would create a universal deduction for non-itemizers, and both of them would cap this tax break at gifts equal to one-third of the standard deduction.

But the best way to go about this would have been to fold this kind of provision into the broader package in the first place.

Editor’s note: This is an updated version of an article The Conversation published on Dec. 6, 2017.