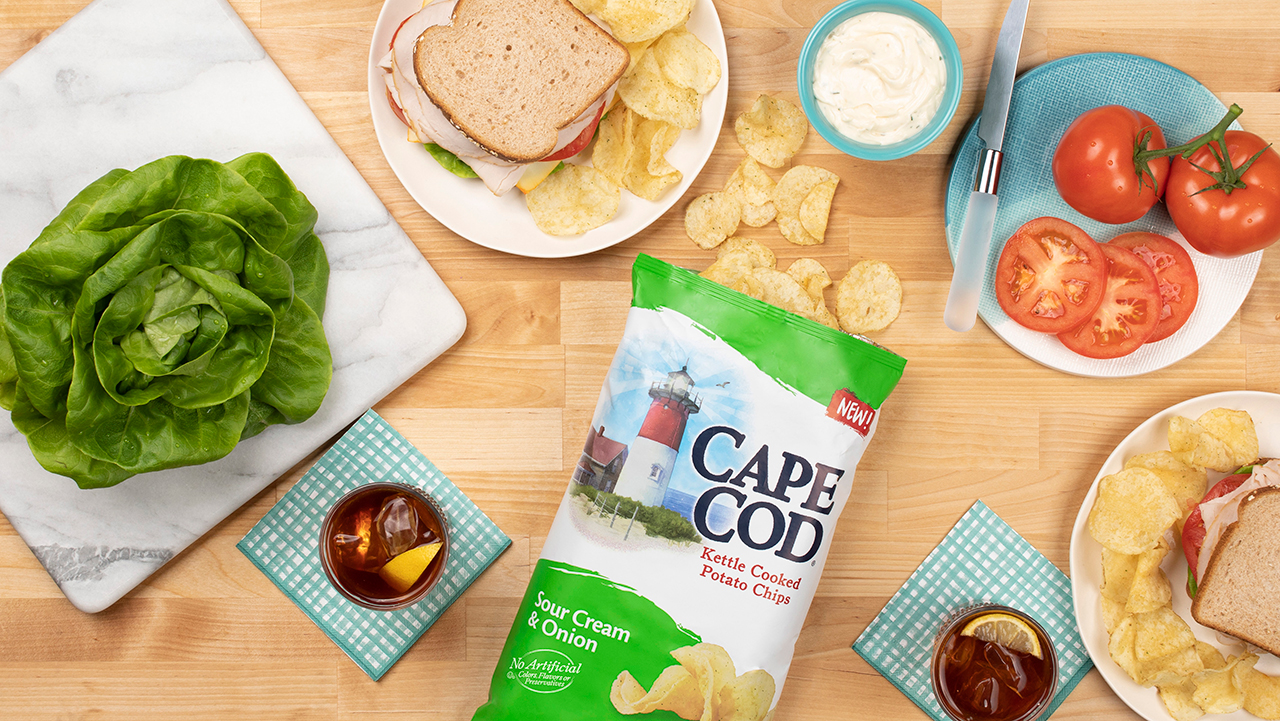 Sometimes unexpected pairings just make sense. Whether it’s an unusual food duo that ends up incredibly delicious, a quirky blend of fashion that works surprisingly well or an opposites-attract couple that actually balance each other out perfectly, these unexpected pairings can make a lasting impression.

This month, Cape Cod® Potato Chips is adding the original unexpected duo, Sour Cream & Onion, to its flavor lineup. In celebration, the brand unveiled the most unexpected, yet iconic duos across food, pop culture and fashion, and the results might come as a surprise:

Like pairing Sour Cream & Onion, breaking the mold can be terrific for taste buds. It’s when we try something new and experiment that unexpected pairings become popular staples.

In addition to Sour Cream & Onion, some of the top unexpected food duos are: breakfast for dinner (53%), chicken and waffles (32%), pineapple and pizza (31%), and peanut butter and marshmallow fluff (13%). Which of these tasty duos have you tried and enjoy?

The classic saying “opposites attract” has been debated for years, however Americans have spoken and 74% agree, opposites do indeed attract! Nowhere is this more apparent than in some of the world’s most unexpected, yet iconic duos throughout pop culture including: #1) Tom and Jerry, #2) Beauty and The Beast, #3) Miss Piggy and Kermit, #4) Danny and Sandy from Grease and #5) Rachel and Ross from Friends.

There is a fine line between fun and funky when it comes to unexpected fashion choices. However, some odd matches become classic go-to favorites that stand the test of time. Blazers and jeans came out as the top unexpected fashion duo that actually complement each other, with 43% of respondents rocking this look. Denim on denim and band T-shirts and skirts tied at #2, with the more eclectic duos cowboy boots and formal wear and sunglasses and indoors rounding out the list.

Are you game? Explore the unexpected

Some of these unexpected pairings may already be on your list of favorites. Others you might want to try! No matter if you are a fan of the unexpected or just starting out, the new Cape Cod Sour Cream & Onion Potato Chips are the perfect way to celebrate those perfectly unexpected pairings. Learn more at www.CapeCodChips.com.

Methodology: This online survey was conducted by Censuswide on behalf of Cape Cod potato chips between January 28-29, 2020 among 1,000+ U.S. respondents 18+.