The ‘giant sucking sound’ of NAFTA: Ross Perot was ridiculed as alarmist in 1992 but his warning turned out to be prescient 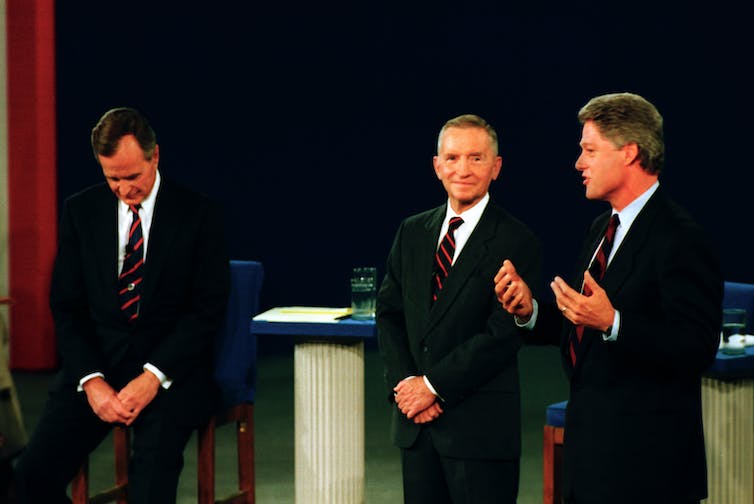 Perot become a household name after making an independent run for president in 1992.

H. Ross Perot famously had a way with words that galvanized ordinary Americans and helped him become the most successful third-party candidate since 1912.

He hurled one of his most well-known lines during a 1992 debate with Bill Clinton and George H.W. Bush when he assailed the North American Free Trade Agreement, which had just been tentatively agreed to by Canada, the U.S. and Mexico.

He predicted Americans would soon hear a “giant sucking sound” as production operations and factories packed up in the United States and moved to Mexico. Perot said something similar a year later in a debate with Vice President Al Gore, the most high profile in a series of debates on the trade pact, a few of which I participated in as an adviser to key Democratic leaders in Congress who opposed it.

Economists, business leaders, Clinton and most Republicans dismissed Perot’s worries as overblown. Despite the fact that most had never read the agreement, they argued free trade would create jobs, period. Over the objections of Perot, most Democrats in the House and other critics like me – NAFTA was ratified and went into effect on Jan. 1, 1994.

A quarter century later, another populist billionaire is promoting an updated, expanded and renamed NAFTA, which he rebranded as the United States Mexico Canada Agreement in an effort to avoid any association with the “giant sucking sounds” many Americans experienced from “free trade.”

As it turns out, Perot, who died on July 9, had a point. His projections were often fanciful, but his warning turned out to be prescient.

“You implement that NAFTA, the Mexican trade agreement, where they pay people a dollar an hour, have no health care, no retirement, no pollution controls,” Perot said during the second presidential debate in October 1992, “and you’re going to hear a giant sucking sound of jobs being pulled out of this country.”

The response to that remark was fierce and immediate. Economists argued he was dead wrong as they sang the praises of free trade. Perot’s warning, however, resonated with workers, unions, environmentalists and people in manufacturing towns across the country, helping him earn 20 million votes or about 19% of the total.

After Clinton became president, he took over the ratification of NAFTA and managed to add a side agreement with language for labor rights and the environment to bolster support from some Democrats in Congress.

He was emphatic that the agreement would become “a force for social progress as well as economic growth.” 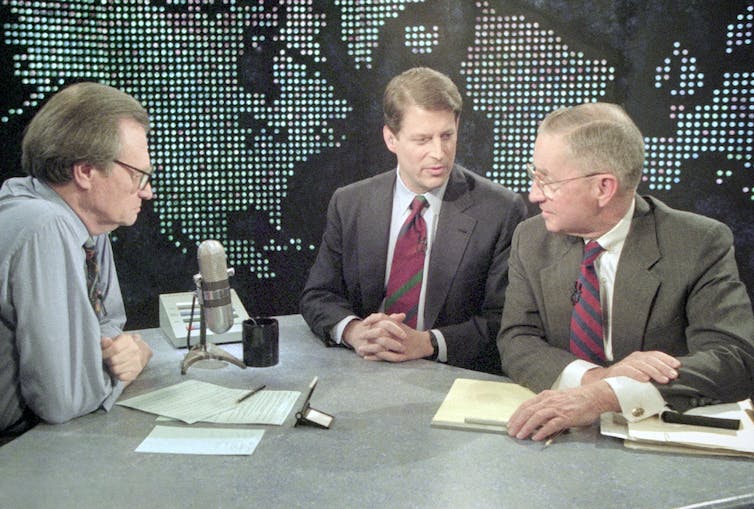 It didn’t quite turn out that way.

Scholars and policymakers often disagree about the impact that NAFTA has had on economic growth and job generation in the U.S. That impact, they say, is not always easy to disentangle from other economic, social and political factors that have influenced U.S. growth.

It is true that leaders of all three countries did tear down trade barriers and insert effective protections for corporations and investment. But critics like Perot were right – and Clinton was wrong – about the warning on jobs.

The Economic Policy Institute, a left-leaning think tank, concluded that the U.S. lost about 850,000 jobs from 1993 to 2013 as a result of NAFTA and that number has undoubtedly risen. And the “social progress as well as economic growth” in relation to the agreement never seemed to appear. Despite strong productivity growth in U.S. and Mexican manufacturing, real wages sank by 17% in Mexico from 1994 to 2011 and slid in the U.S. as well.

In key manufacturing industries, such as the auto industry, NAFTA has had a clear impact. Global auto producers built 11 new assembly plants in North America from 2009 to 2017. All but three were sited in Mexico – even though they all primarily made vehicles for the U.S. market.

An even more significant impact has been pushing down on U.S. manufacturing wages as a result of suppressed wages in Mexico due largely to a lack of independent unions in the export sector. With the threat of shifting production to Mexico a factor, real autoworker wages in the U.S. plummeted 26% from 2002 to 2013 and have stagnated since.

Ultimately, it’s not just manufacturing workers who are affected by the “sucking sound.” Families and entire communities can be devastated when a worker loses a job as a result.

The USMCA and Perot’s legacy

So will the new NAFTA – the United States Mexico Canada Agreement – end the sucking of jobs south?

Not likely. Mexico has a new reform-minded president, but the obstacles are daunting. They include powerful and often corrupt company unions in Mexico who profit off the status quo and employers who have become accustomed to rock-bottom wages.

What Americans need is trade between the U.S. and Mexico that benefits people in both countries. To do that, labor rights need to be harmonized to the best standards in North America, not slide to the lowest. Workers and communities throughout North America should be the beneficiaries of expanded trade, not its victims.

While Mexico has pledged and passed positive labor reforms, it doesn’t have the capacity to implement them. An important lesson from NAFTA is promises often evaporate once a deal goes into effect. The original NAFTA included similar promises but failed to deliver.

Americans have heard enough of Perot’s “giant sucking sound” over the last 25 years. What they need now is broadly shared prosperity. I’m sure that will sound a lot better to the ear.

Harley Shaiken, Director of the Center for Latin American Studies and Professor of Letters and Science, University of California, Berkeley